How Lovely is Thy Dwelling Place

I’m still on dial-up, but I couldn’t resist sharing these photos with you.

We’re both taking Thursdays as our day off (even though I have not yet officially started) and this past Thursday, we took the Severn Valley Railway from Kidderminster (see below) to Bridgenorth.

I can’t adequately describe the Severn Valley Railway as I’m not a railway buff. However, it is an ‘historic railway’ run entirely by volunteers and funded by private membership which began in 1970. It runs steam engines and passenger carriages from the 1930s. The stations are all kitted out to be historically accurate, as exemplified by the Kidderminster station below. 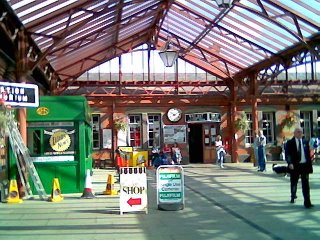 Bridgenorth is simply a beautiful town in Shropshire. Here is a photo of a stunning view. 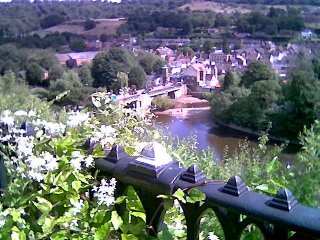 Beautiful. Looking forward to your return to broadband.

Great photos Pam, glad you are settling in well, looking forward to reading how things are going...