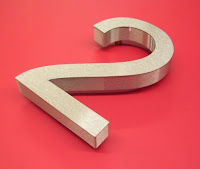 Setting aside the whole "feminist issue" for a minute, one of the more interesting comments was from a fellow Methodist who objected to my first comment that I was waiting for the inevitable **** to fly. I wrote four asterisks, and my colleague pulled out the old card of "Let's all be horrified that an ordained minister (and a woman at that?) has made a scatological remark."

I'm going to put myself on a limb again, but I don't believe that there is anything immoral or unethical with making scatological remarks. I accept that some may find such words distasteful, but I think possibly the greatest worry is about being indelicate.

We also have all these "cute" words for excrement (is that a naughty word too?) like "number two" and "doggy do" and "poo poo". Are four asterisks really all that much more offensive? And, for that matter, what really is wrong with the words "shit" or "crap"? (yes, I dared to write them)

It's a topsy-turvy world. I wonder if those who take offense at four asterisks are writing letters of protest to the television programmes that are showing people jumping up and down shouting "Oh my God! Oh my God!"? (Are you offended that I dared to write those words? It's technically taking the name of the Lord in vain, but my bet is you're not nearly offended at that as what I wrote in the previous paragraph.)

Or what about getting outraged at articles that spin the truth so that people are presented in the worst possible light or presented as meaning something that they didn't mean? God forbid that those with sensitive constitutions should see four asterisks, but, hey, tell as many half-truths as you like and hope that others will interpret everything in the worst possible light.

We don't care about truth or taking the Lord's name in vain, but don't offend our eyes or ears with Number Two.
Posted by PamBG at 1:15 am 15 comments:

A Thought Experiment - Did I ask you to breed? 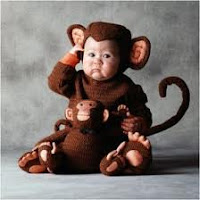 Here is a thought experiment that is born out of two recent stimuli: 1) the recent discussion on the repeal of the Health Care Law and 2) paying my property taxes.

Some of my politically conservative Christian friends and colleagues have been opining about how God doesn't like it when the government forces people to look after other people. So this got me thinking about my property taxes.

It's kind of ironic. I voted twice for an increase in our property taxes for the purpose of funding schools and not only do I not have children in the local school district, I don't have children full stop. I did it because I believe that we have to look after one another in society and that the education of the children in this community is about the good of the whole, not about me.

I figure I'm something of a mug. My neighbors apparently believe that there is something ethically wrong about helping me with my healthcare in the event that I can't pay for it, but that there is nothing wrong at all about me paying for their kids' schooling.

So, my proposal is this: It is ethically wrong to expect other people to pay for your kids' education. Did I ask you to breed? If you can't afford their education, then don't have them.

Let me review my property bill. 66.95% to the school district can go and I'm not going to pay the $22.71 for the zoo, either since I never go there nor the $50.23 for the county parks or the $77.40 for child services. You can strike off my bill the $154.80 to the Board of Developmental Disabilities and the $104.48 for the County Mental Health Board since no one in my family is benefiting from either of their services. I'm also not paying the $20.30 for the bond retirement since I didn't live here and couldn't vote for it.

So now that I have refused to pay taxes to entities that me and my family do not directly benefit from, I have reduced my tax bill by 86.68%. I can see the attraction of the principle of "It is unethical to make me pay for community services that I don't want and that don't directly benefit me." Tea Party, here I come!
Posted by PamBG at 12:24 am 7 comments: