Spiritual But Not Religious - Bring it on! 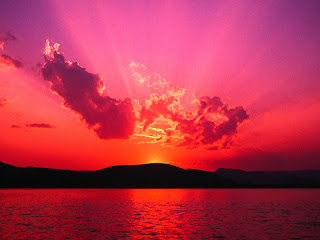 A number of my Facebook friends have been "liking" a post by The Rev. Dr. Lillian Daniel entitled Spiritual But Not Religious? Please Stop Boring Me. There is also a longer article posted here at The Christian Century website.

I'm actually a fan of Day1 ministries and, when I first saw the article, I didn't think too much of it. But there have been a number of "likes" and a number of comments about this article's honesty.

And I'm uncomfortable with all the positive comments and I'm trying to figure out why.

The first reason I'm uncomfortable is because of what I learned to call "parallel processing" in Clinical Pastoral Education.

The story in the longer article about the man who was born into a particular Christian denomination and felt hurt and injured by it is one that I can very much identify with.

I spent about ten years outside of the Church, as someone who was "spiritual but not religious", too afraid to seek out any Christian community lest I be told yet again that God loved me but didn't like me and that He (masculine gender with a capital H) expected my unquestioning subservience to men as a sign of my commitment to Him.

So I'm glad that, during that time, I didn't meet a clergyperson who said "Please stop boring me" in response to my spiritual struggles of that time. It was a time of genuine spiritual journeying for me. It turned out to be a period of genuine liberation back into the Christian community. And I might well have been completely done with Christianity altogether if someone had said that to me at the wrong time.

But my second niggle is this: I think a lot of the discussion I've seen is conflating "head religion" with "heart religion". (I realize these are awkward terms, but I'm using them deliberately right now in order to avoid more well-known terms over whose definitions we might be tempted to argue.)

On the level of "head religion", the Rev. Dr. Lillian Daniels makes lots of a very valid points. Theology seems to be one of the few areas where people who have never studied think that they know as much - or often think that they know more - than those who have studied. It's also ironically one of the few areas where it's actually difficult to come up with something that someone hasn't thought of already; and often that someone who thought of your brilliant insight before you did lived 1500, 2000 or 5000 years ago.

However, on the level of "heart religion", I believe that "spiritual but not religious" is often a genuine journey of searching for many, many people. And I'm uncomfortable with dissing that genuine search by telling someone to stop boring me.

Somewhere along the line, in order to have genuine "heart religion," we must question, listen, compromise, apologize and maybe even argue and forgive.

To the "Spiritual but not religious," I say: I'm happy to listen to you.