Persecution of Christians in India

I'm not 'really' blogging, but I was stunned to realise that people seem not to have heard of the violence against Christians that has been going on since August of this year. My churches have been praying for Christians in Orissa since August
Olive blogs about the situation here
Below is my sermon from Sunday 12th of October which was all about Orissa.  The text was Luke 12:1-12

The thing is that the Swami wasn't murdered by Christians. A Maoist group has twice taken credit for the Swami's murder and defended it's actions They stated that the reason for the murder was that 'Laxmanananda was not fighting for Hindus. He was heading the VHP and implementing an agenda targeted against the minorities. No one speaks for minorities. They are exploited.'[1]

The article in The Church Times tells of horrific violence against Christians in Orissa, describing the situation as 'The sort of horror that dulls the senses or excites overstimulation'.  Witness in refugee camps had horrible stories to tell.  At least 50,000 Christians have been forced out of their homes and a number have suffered torturous deaths.

What has happened in this area, according to those familiar with the situation, has been a long propaganda campaign against Christians and Muslims that seemed to me to be quite similar to Hitler's propaganda against the Jews.  The VHP's message that Christians (and Muslims) are dedicated to the eradication of the Hindu people has been taken on board by many individuals in the area.

The Importance of Truth

This morning's Gospel reading is actually all about the persecution of the early Christian Church although it might not sound like it at first hearing.
Remember that Luke was writing after the fall of Jerusalem and the destruction of the Temple by the Romans and the knowledge of these events must have inevitably have had an effect on the way he told the story of Jesus' life. In this section of Luke's Gospel, Jesus is warning his disciples about the coming persecution of his followers - something about which Luke had firsthand knowledge.

The reading is an exhortation to Christian disciples to be bold in proclaiming the truth of Christ when persecution comes and to draw on the strength and the witness of the Holy Spirit for their boldness.

Truth is something that is important for good functioning of human society and it's absolutely vital in the life of the Church.
Luke 12:3 says 'Therefore whatever you have said in the dark will be heard in the light, and what you have whispered behind closed doors will be proclaimed from the housetops'
Or in simple language, 'The Truth will Out'. If you plot evil in secret, eventually there will be an evil outcome. If you do good in secret, blessings will result even if no one knows who was the source of the initial good deeds.

As Christians, of course, it's easy for us to sympathise with our Christian brothers and sisters in Orissa.

It's easy for us to see in the VHP an example of how an organisation with good intentions turned to evil.  Because the VHP arose out of a Hindu movement in the 1950s and 1960s to ban cow slaughter in India and speak up for the Hindu people and for Hindu culture. For a number of decades, it engaged in it's work through peaceful demonstration, petitions and challenging laws it felt to be unjust.
And it opened schools and hospitals for poor Hindus.
But over the years, it became more and more radical and it developed the conviction that international Islam and international Christianity were out to destroy Indian Hindus.  And it spread this message of conspiracy until it was unsurprising that violence would erupt in the countryside.

The truth is important and so with the story of Christians in Orissa.  Because the mainstream Hindu organisations have been joining with the Christian Church in India to condemn the violence against Christians.  But many ordinary Hindus have gone further than mere condemnation: risking their own lives in order to protect Christian neighbours.

We can see that the truth is a complicated business but that's why it's important to tell the truth.
It's even more important in situations where we are tempted to turn some group or another into a scapegoat.  When the truth of a situation is not told, then it becomes easier to scap-goat individuals according to some category: all Hindus are evil, all Muslims are evil, all teenagers are thugs, all men are bastards.  Whenever we hear these kinds of simplistic statements, the alarm bells should ring and we should suspect that the whole truth of the situation is not being told.
Be True To Your Faith

This morning's Gospel reading tells us that, in the face of persecution, disciples of Christ are not to be hypocrites. In this case, 'hypocrites' doesn't mean people pretending to be better than they are: it means people who don't stand up for what they say they believe.
In the context of the Gospel reading, it means not admitting to being Christians because of fear of persecution.  In our own context, it might mean being afraid to admit that we are Christians, but it can also include failing to seek a more complicated truth than one of 'baddies' and 'goodies'.

For us hypocrisy might mean not speaking up to challenge the current mood of anti-Muslim sentiment.  Speaking up against anti-Islamic sentiment doesn't mean that we affirm and profess the tenets of the Muslim religion.  It simply means speaking the truth that the situation is much more complicated that than a simple story of 'we are good and they are bad'.  It is not Muslims who are terrorists, but terrorists who who are hiding behind the name of God to further their own ends.

Of course, acting in truth or speaking up for the truth can be dangerous. Jesus knew that. That's why he promised the Holy Spirit to us as his disciples: to help us to do what is right, even in the face of danger or persecution.
That includes, of course, speaking up for the truth of the Gospel and of the Christian faith.  But I believe it certainly also includes speaking the truth in all situations and unmasking any lies told in secret.

It's possible that this sermon was not as 'spiritual' as you would have liked.
I wonder if some of you might even have thought it was too 'political'.

However, today's Gospel reading does talk about standing up for truth in the face of persecution.  It reminds us that when we do have the courage to defend the truth, that the Holy Spirit will be with us.

When we hear Jesus say that he is the way, the truth and the life, I believe this statement means that Jesus is the Truth.  But I also believe it means that God cares deeply that the truth is told.

My prayer this morning is that we will all witness to the truth of Christ as our Saviour and also speak the truth in all situations, even when it is dangerous and unpopular.

And may we each be given the guidance and the power of the Holy Spirit as we seek to be beacons of the light of truth. Amen 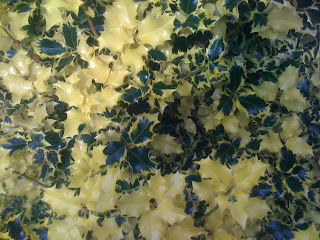 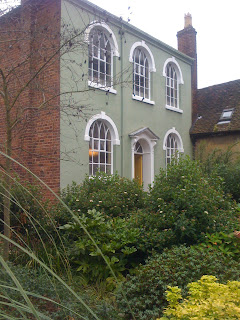 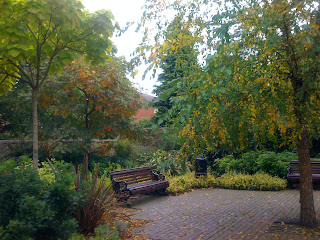 Just thought I'd share some autumn photos.  The building is one of my chapels and was built as a Wesleyan Chapel in 1795.  We recently found out that it's apparently one of the older chapel buildings in the country.  The entire centre of town where the chapel is located is that age, so no one in the congregation ever gave it a second thought!
Posted by PamBG at 12:08 pm 3 comments:

This is a good article and an interesting one although I usually don't agree with Methodist Preacher's general approach to blogging.
I have a lot of respect for Martyn Atkins as I did for his predecessor.  I pray that he may have a fruitful time in his post as General Secretary. I'd call upon all friends of British Methodism to remember that those individuals working at Church House don't have an easy job and they need our prayers.
Posted by PamBG at 12:08 pm No comments:

I don't know exactly why, I'm weary of blogging for the moment.  I'll be back when I'm no longer weary.
Just sayin'
Posted by PamBG at 11:16 pm 7 comments: